What's your next step?

“I like that I have been able to still work while going to class and I haven’t felt overwhelmed. That was very important to me.”

Trying to determine if the VCU Paralegal Certificate is right for you? Our informational video may help.

« Back to Certificate in Paralegal Studies homepage

Our programs are led by renowned and experienced instructors in the legal field. All instructors for the program courses are practicing members of the Virginia Bar Association. They also bring real-life experience to the classroom to help you apply the new knowledge and skills you gain throughout the program.

Below are biographies and headshots for several of our prestigious instructors. Contact us for more information or if you have any questions we can answer. 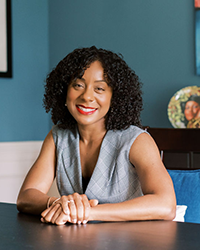 For fifteen years, Sherry A. Fox focused her practice on civil litigation, primarily representing constitutional officers in state and federal courts. Her representation of constitutional officers — including sheriffs, deputies, and jail officers — included defense of claims arising under the U.S. Constitution, federal statutes and state law claims such as breach of contract and defamation. Over the course of those fifteen years, Sherry also practiced adoption law, at times litigating contested adoptions. Five years ago, Sherry broadened her family formation practice to include work in assisted reproductive technology (“ART”) law, representing individuals and couples expanding their families via surrogacy and genetic material donation. She now focuses her practice exclusively on ART law and adoption in her own firm, Fox Family Formation. Dr. Paula Gentius is the Chief of Staff and Secretary of the University at North Carolina State University in Raleigh, North Carolina. She also serves as the Assistant Secretary to the Board of Trustees and Endowment Fund Board of Trustees. Previously, Dr. Gentius served as the Interim Executive Director of Equity and Access Services at Virginia Commonwealth University, as well as the Senior Executive and Assistant to the President. She previously taught undergraduate and graduate courses as an adjunct professor at Hampton University, PurdueGlobal (former Kaplan University), and the University of Detroit Mercy School of Law. 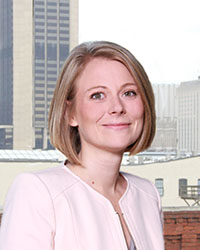 After graduating law school, Ms. Greenleaf spent a year as a term law clerk for the Honorable Kevin R. Huennekens.  Upon completing her clerkship, Ms. Greenleaf practiced law at Hirschler, primarily focusing on restructuring and insolvency, before returning to the Court in 2018. 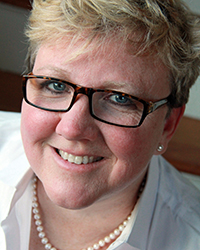 M. Christine Maggard is a senior associate attorney in the Bankruptcy Division of Brock & Scott, PLLC.

Her legal career started at the Office of the Virginia Attorney General in the Division of Debt Collection. With the exception of a stint working in the Office’s Correctional Litigation Section, Christine’s practice has focused on debtor/creditor relationships. She is a former officer and president of the Virginia Creditors Bar Association. Currently, she serves on the boards of the Tidewater Bankruptcy Bar Association and the Virginia Network of the International Women’s Insolvency & Restructuring Confederation.

In addition to speaking about bankruptcy matters, Christine has lectured on landlord & tenant law, creditor’s rights, and practice before the Virginia General District Courts. 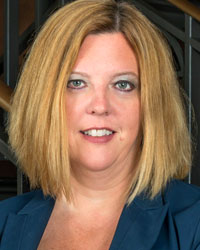 Joanna is a member of the Bars of Virginia and the District of Columbia, the Virginia Trial Lawyers Association, the National Association of Social Security Claimants Representatives and the Metro Richmond Women’s Bar Association. She is a frequent speaker on Social Security and poverty law issues and is a passionate advocate for access to justice. She is a past chair of the Virginia State Bar’s Access to Legal Services Committee, a member of the Board of Directors of both the Virginia Poverty Law Center, and a pro bono volunteer for CancerLINC.

In her spare time, Joanna enjoys spending time with her family and dog, supporting the Washington football team, running 5Ks and traveling. 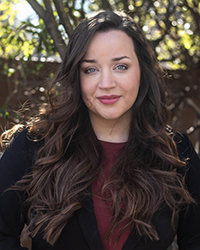 Christine Tommasino leads Prime Legal’s Staff Recruitment process. Christine has quickly grown her network of legal support staff over the last two years and is committed to finding talented, qualified staff for law firms in the Southeast. Christine has lived in Richmond since 2011 and is a graduate of Virginia Commonwealth University. Her extensive background in retail management has provided Christine the ability to identify and connect talent based on candidate’s career goals and each firm’s needs.

“Your career is such a big part of your life and knowing a recruiter in your field provides a career connection for now and years to come! Being able to connect with professional Legal Staff every day means that I can learn about and help achieve long-term goals. I’m thankful for any opportunity to connect candidates and clients, and for the impact it has on each person’s success!” – Christine Tommasino

Want to find out more? Get in touch.